Interview with Prof. Evan Martin Bloch—public and clinical awareness of babesiosis is critical

Evan Martin Bloch, MB, ChB, MD, MS, is a pathologist in Baltimore, Maryland and is affiliated with Johns Hopkins University School of Medicine. He received his medical degree from University of Cape Town Faculty of Medicine and has been in practice about 11–20 years. He is one of 77 doctors at Johns Hopkins Hospital who specialize in pathology.

The 28th Regional Congress of the International Society of Blood Transfusion (ISBT) was successfully held in Guangzhou from 25 to 28 November, 2017.

During the meeting, Prof. Evan Martin Bloch (Figure 1) from Johns Hopkins Hospital gave an excellent presentation entitled “A pilot serosurvey of Babesia microti in Chinese blood donors”. We are honored to have invited Prof. Bloch for an interview to share his views on detection and treatment of babesiosis as well as current challenges. 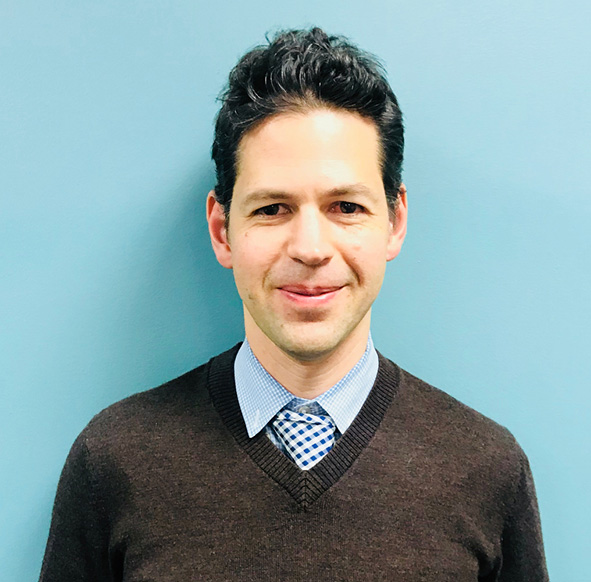 AME: Would you like to briefly introduce yourself, your affiliation?

Prof. Bloch: I’m an Assistant Professor at Johns Hopkins University School of Medicine and the Department of Pathology, Associate Director of Transfusion Medicine at the Johns Hopkins Hospital.

AME: Would you like to summarize some main points of your presentation entitled “A pilot serosurvey of Babesia microti in Chinese blood donors”?

Prof. Bloch: Babesia is a genus of red cell based parasites. Given that several species of Babesia have been shown to be transfusion transmissible, Babesia poses risk to the blood supply. Babesia is morphologically very similar to malaria, which likely contributes to its misdiagnosis and underreporting. As such, Babesia remains a neglected yet emerging infection. Over the past 10 years, there’s been a lot of momentum particularly in the United States toward the development of new screening assays following recognition of Babesia’s risk to the blood supply. Of note, Babesia is not confined to North America. Rather this parasite is encountered globally, with reports arising from North and South America as well as Europe and Asia. There was even one case in Australia.

AME: You have long been interested in babesiosis. Would you like to share the latest treatment of this disease? Any progress in the field over these years?

Prof. Bloch: Treatment is actually relatively simple. There are two recommended antibiotic regimens: (I) azithromycin and atovaquone or (II) clindamycin and quinine. The problem is not so much in the treatment; rather recognition is the challenge, whereby failure to recognize the case as babesiosis contributes to delayed or misdiagnosis particularly given that the associated signs and symptoms are non-specific. In addition, Babesia may occur in areas where malaria is also encountered; given that Malaria and Babesia parasites are clinically and microscopically similar, there is potential for misdiagnosis.

AME: What do you think are the major challenges in treating babesiosis?

Prof. Bloch: The major challenge is its awareness. This requires educating doctors about the parasite. It also requires surveillance, to determine where it is found. With greater awareness, recognition and early diagnosis will follow, logically. For example, when doctors are confronted with patients with unexplained febrile illness, or transfusion recipients with unexplained or refractory anemia, they might consider Babesia as one of the possibilities.

AME: What are the studies about the disease are your team working on?

Prof. Bloch: My interest at the moment is simply to look at the global epidemiology of Babesia particularly in the context of the blood supply. I have some pilot studies in Africa and I’d like to expand my work in China. We’ve just completed a very small, antibody-based, pilot study in Northeast China. However, one really needs to conduct comprehensive testing using both molecular and antibody-based screening to interpret the findings.

AME: Are there any principles in treating this disease?

Prof. Bloch: Correct and timely diagnosis is the key. Ideally, one needs to know what the problem is before one treats. The problem with transfusion transmitted Babesiosis is patients who require transfusions are already sick, impacting patient outcomes severely.

AME: What are the characteristics of babesiosis, and what’s the general geographical distribution of it?

Prof. Bloch: Clinical presentation differs between immunocompetent and immunocompromised individuals. In those who are well (i.e., the immunocompetent) it often goes unrecognized manifesting as subclinical or mild febrile illness that resolves spontaneously over a course of a few days. In some individuals, it can establish chronic asymptomatic infection. This poses the greatest risk to the blood supply as individuals who don’t know that they are infected may present to donate blood. In selected patient subsets, (for example, the immunocompromised, those at extremes of age, patients with asplenia) Babesia is a real problem, whether they are at risk of severe or complicated infection. Babesia infection causes red blood cell lysis, resulting in haemolytic anemia which can lead to cardio respiratory failure, renal failure and ultimately death.

Unfortunately, our knowledge of Babesia’s distribution is very pocketed given that the bulk of the surveillance has been done in certain areas such as the North-eastern and upper Midwestern United States where Babesia microti is known to be endemic. Other studies have been very targeted in much the same way as our pilot study which we’ve recently completed in Heilongjiang in China. The site was selected given that there was plausible evidence that it would be there, given small clinical studies that have been published in the past few years. That’s not to say that we couldn’t find it in other parts of China. Similarly, there have been cases reported in other parts of Asia, such as Japan, Mongolia and Korea.

AME: Thank you very much for your time!