Dr. Clausen received his master’s degree in molecular biology from Copenhagen University in 2002. In 2004, he joined the Blood Bank, Department of Clinical Immunology, at the Copenhagen University Hospital in Copenhagen. He received his PhD in 2010 on the topic of noninvasive prenatal testing of fetal RHD in pregnant, RhD negative women. He was then appointed head of the Laboratory of Blood Genetics in 2010.

Dr. Clausen received a higher doctoral degree (DMSc) in 2016 for his thesis also on the topic of fetal RHD genotyping.

Dr. Clausen has contributed to the development of assays for noninvasive testing of fetal blood groups in pregnant women and was instrumental for the implementation of a national antenatal screening service in Denmark to guide the targeted use of prophylaxis in pregnant, RhD negative women.

Dr. Clausen’s main focus is cell-free DNA. He is a member of the International Society of Blood Transfusion (ISBT) and the working party for Red Cell Immunogenetics and Blood Group Terminology where he heads the subgroup on cell-free DNA. Dr. Clausen is also president of the international conference series on cell-free DNA, held every second year in Copenhagen, Denmark. He has 15 years of experience in the field of blood transfusion and more than 40 peer reviewed publications on primarily cell-free DNA testing.

Disclosure:
The special series “Blood Group Genotyping” was commissioned by the editorial office, Annals of Blood without any funding or sponsorship. Frederik Banch Clausen is serving as the unpaid Guest Editor for the special series. 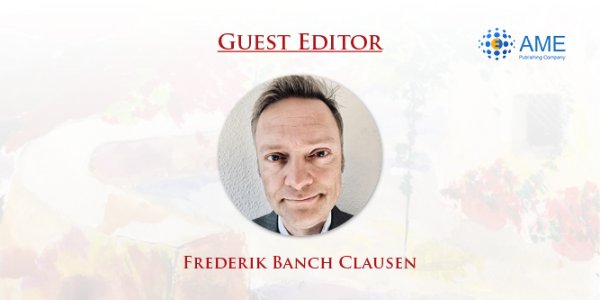